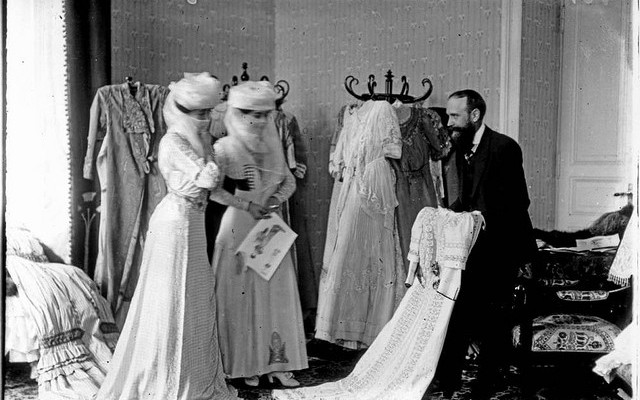 I recently came across a cross-post entitled “When Hijab is About Privilege” originally written by blogger WoodTurtle. I suggest you read the article because from here on in nothing said will make much, or enough, sense. Or maybe it will.

WoodTurtle essentially discusses how to wear the hijab is to not only obtain a certain privilege but also to already be afforded some sort of privilege that allows for ‘better’ adornment of the headscarf. I agree with much that she says, particularly regarding the issue of how the headscarf creates a safe-space for North American Muslim women to enter the Muslim public sphere in terms of leadership and recognition. Not only this, as I don’t think she goes far enough, but also in terms of obtaining a certain sort of legitimacy as per a physical manifestation of piety and practice.  Before I continue, I wanted to include some responses received by some good friends of mine – both of whom are graduate students, absolutely brilliant and ..privileged, apparently.

Sana: ‘This article is a bit limited, although it does bring to discussion important ideas. I think we get sucked into binaries easily because there is lack of space for the discussion of these nuanced and contextual concepts. But i’m not sure if it’s about privilege across the board. I think there is a distinction between Muslim spaces and mainstream spaces that wasn’t quite clear and also the intersection of race (and class) within these spaces. Power and privilege operate differently in these different spaces and different bodies — the white hijabified middle class woman’s body is going to be read very differently than the racialized poor hijabi’s body. Already of the dominant group–white middle class able bodied hijabis have the space to make choices that are not necessarily available to all. But this article is a start to the conversation at least.’

Fadia: ‘Totally interesting, and I agree, a conversation on privilege in muslim communities is definitely needed, but to pinpoint the hijab, qua hijab, as a marker of privilege is sort of ridiculous. At one point (the hijab is expensive paragraph), it seemed that she was saying that the hijab is almost an exclusively upper class phenomenon.

Privilege is about colour and privilege is about class…and this of course is reflected in dress, but this is where I feel she goes wrong. She approaches the hijab as any other fashion item. A women wears a genuine designer label fur coat let’s say, therefore she is wealthy. She uses the same equation for hijab. A women wears hijab therefore she is privileged. And this is interesting, because she actually argues against a similarly structured thesis that says hijab=modesty/chastity. She rejects this simple equation in favour of another one!’

Both Sana and Fadia bring about extremely important points that underscore some of the problems in WoodTurtle’s article, which is the ignorance of racial and classist distinctions that create privilege.

But that being said, I want to challenge the two of them further – going beyond racial and classist privilege to piety 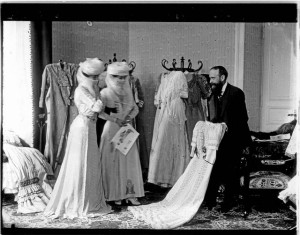 privilege, or rather perceived piety privilege. This is all really just thought, nothing concrete or fixed. First, can we get to a point where race and class – at least to an extent – are put aside or rather ‘erased’ (again, to an extent) with the adornment of the hijab? While cleavages certainly continue to exist, does not the hijab in some ways break down certain class and racial distinctions by creating a commonality, or perceived commonality, in experience and faith? If we agree to this, then can we also say that such a kinship excludes, particularly those who do not wear the hijab and thus are not seen as part of a certain experience of piety? And since piety is paramount in Islam and since physical manifestations of piety are more than just paramount in many North American Muslim communities, does not the veiled group receive a privilege over the other young women particularly in their communities? Outside of the community, the situation is vastly different and reversed more often than not, but the issue of perceived piety persists which in turns gives veiled women a certain privilege within their respective communities over those who choose not to veil. And then at that level of privilege you see issues of race and class prop up and create further distinctions and a steep pyramid is created.

Side note – let’s  not also forget that the way hijabs are worn are also seen as certain social indicators (not limited to class or ethnicity, but often associated to piety as well as nationality or external influence) – loosely draped Khaleeji with volume? A lot of time and effort? Two piece Amira? Sporty? Persian style triangle? Turkish bump? Egyptian headdress with 30 layers and a flower? Ears showing? Neck showing? Earrings sticking out? Turban wrap? Even the way the modern hijab is worn (and colour! whoaa, colour!) is seen as an indicator of piety – thus it isn’t enough to just wear it but to also maintain particular images with it (I’m not getting into a legal debate here re: the ‘right’ hijab, but rather pointing out another issue of privilege).

Lastly, I also like what Fadia has to say – in terms of that WoodTurtle argues that to wear hijab is to be privileged, whereas the other simple thesis against which she arguing (at least as Fadia sees it) is that to wear hijab is to be modest. I like this because personally, I don’t see the two as dichotomous- I think our Muslim communities do give a certain privilege to physically manifested modesty which in turn is a supposed reflection of piety (I use iffy language because only God is judge, al-Wakil). Thus I think hijab is a privilege because hijab is, however erroneously understood it’s become today, modesty which in turn is related directly to how we perceive piety and thus those who are pious receive certain benefits from the community. And this is not at all limited to women, although men can get away with certain things far more easily. I don’t agree that to wear hijab requires a certain privilege already, per se (in general practice as I can think of countless counterexamples) but I think it affords one, definitely, however within a certain space. So even then, the privilege is limited.

And I realize how almost irrelevant the picture is.

5 thoughts on “A Response to Privilege”